We'll be keeping track of everything you need to know about the fifth and final season of Stranger Things on Netflix. 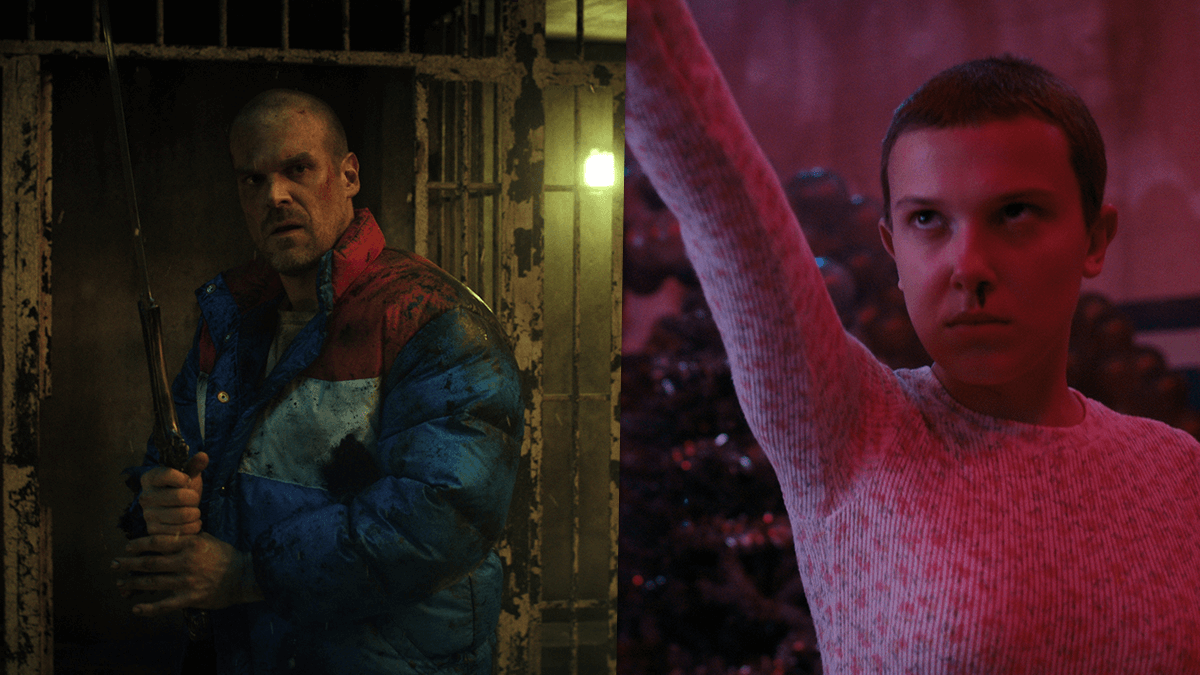 Since its introduction in July 2016, Stranger Things has been and continues to be one of Netflix’s flagship shows. Each season has gone from strength to strength, increasing in popularity with every new outing.

If three years was too long of a wait for some subscribers, the figures greatly disagree with them. Within the first week of volume 1 of season 4 landing on Netflix, a Nielsen streaming record was broken as 7.2 billion minutes of the series were watched between May 30th and June 5th, 2022. The demand for the show was so high on the release of volume 2 that some Netflix users briefly experienced crashes as subscribers raced to consume the epic conclusion of season 4.

We learned that Netflix had already renewed Stranger Things for a fifth and final season ahead of the fourth season release.

Before the production of season 4, the Duffer Brothers were unsure about the number of seasons it would take to tell the full story of Stranger Things.

Speaking about the length of the show ahead of time, Ross Duffer said:

“We don’t actually know. I think, you know, four to five seasons is likely where we’ll end up, but who knows? I mean, none of this is official, and we know where we want to go. We’re trying to figure out still how long it’ll take to get there, so we’ll see.”

Matt seemed to know well ahead of time that the series would conclude with a fifth season:

“It’s hard like four seems short, five seems long. So I don’t know what to do.” What to expect from Stranger Things season 5

Despite their best efforts, Vecna aka Henry aka 001, successfully carried out his plan to tear open a giant gate between the Upside Down and the real world. Dozens of people died in the ensuing chaos, and residents are leaving en masse to escape any further danger.

Thanks to the giant smoke plumes emitted from the giant gates, the particles falling all around Hawkins will result in any and all plant life decaying rapidly. Soon the real-world Hawkins will emulate the look of Hawkins from the Upside Down as Vecna’s vision for his “beautiful” new world begins to take shape.

As Hawkins falls deeper and deeper into chaos, expect to see a large military presence surrounding the town, with only very few residents and our heroes staying behind to keep fighting Vecna.

Vecna came extremely close to being killed by Nancy, Steve, and Robin, but he could escape before anyone could deal a killing blow. It’s unclear how injured he is, and how long it takes to recover from multiple shotgun blasts and Molotov cocktails. Once fully recovered, we expect to see Vecna unleash his true powers on Hawkins and unleash the hordes of monsters from the Upside Down.

Eleven is the only person capable of fighting Vecna one-on-one, and she barely survived her second encounter with him. There’s no denying Eleven’s strength is vast, but it’s more than likely we’ve barely scratched the surface of what her true potential is. If Eleven wants to defeat Vecna, she must practice and hone her powers. Hawkins to be Quarantined?

Given the danger that the gates pose to Hawkins and the rest of the world, the military may declare martial law and potentially quarantine Hawkins. We can expect a robust military presence, especially if Demogorgons and other monstrosities begin to surf from the gates.

Sadly, for the people of Hawkins, those unable to get out of the town before a quarantine starts may have to fend for themselves while the military wage war against the forces of the Upside Down.

What will happen to the gates?

If Eleven successfully defeats Vecna, this doesn’t guarantee the gates to the Upside Down will be closed. It may require Eleven to replicate what she did with the gate under Hawkin’s Lab in the second season and forcibly close it herself. That first gate was large but pales compared to what Vecna has done to Hawkins. Not only will it take every ounce of Eleven’s power, but closing the gates may require Eleven to sacrifice herself. Will Max wake up?

Max’s death resulted in Vecna’s plan coming to fruition, but unexpectedly Eleven was able to bring Max back to life. Between dying, having her limbs snapped, and potentially becoming blind, it’s no wonder Max is in a coma. We fully expect Max to wake up, but what condition she will be in remains to be seen.

If Max wakes up and is fully healed, Eleven can bring back people from the dead. The consequences of such power haven’t been explored yet, but with some potential deaths headed our way in season 5, Eleven will be needed more than ever.

Speaking on the TODAY program, Sadie said, “We know that it’s happening and that it’s the last season, so it’s going to be emotional, I’m sure,” adding, “Spoiler-free, just with the way my character ended in season 4, I have no idea what is going to happen. But I’ll be there.”

The Duffer Brothers have already announced that another time skip will happen in the story and will potentially pick back up around 1988 or 1989. This coincides with the real-life ages of the actors, who are already outgrowing their 15-year-old counterparts, such as Gaten Matarazzo, who turns 20 in September 2022, and during the production of season 5, will turn 21.

What is the production status of Stranger Things season 5?

Collider was correct that writing for the fifth season would begin in August 2022. Thanks to a tweet from the Stranger Things writers’ account, we know that day one of writing began on August 2nd, 2022.

As part of Stranger Things Day 2022 (which took place on November 7th, 2022), the season 5 episode 1 chapter name was revealed. 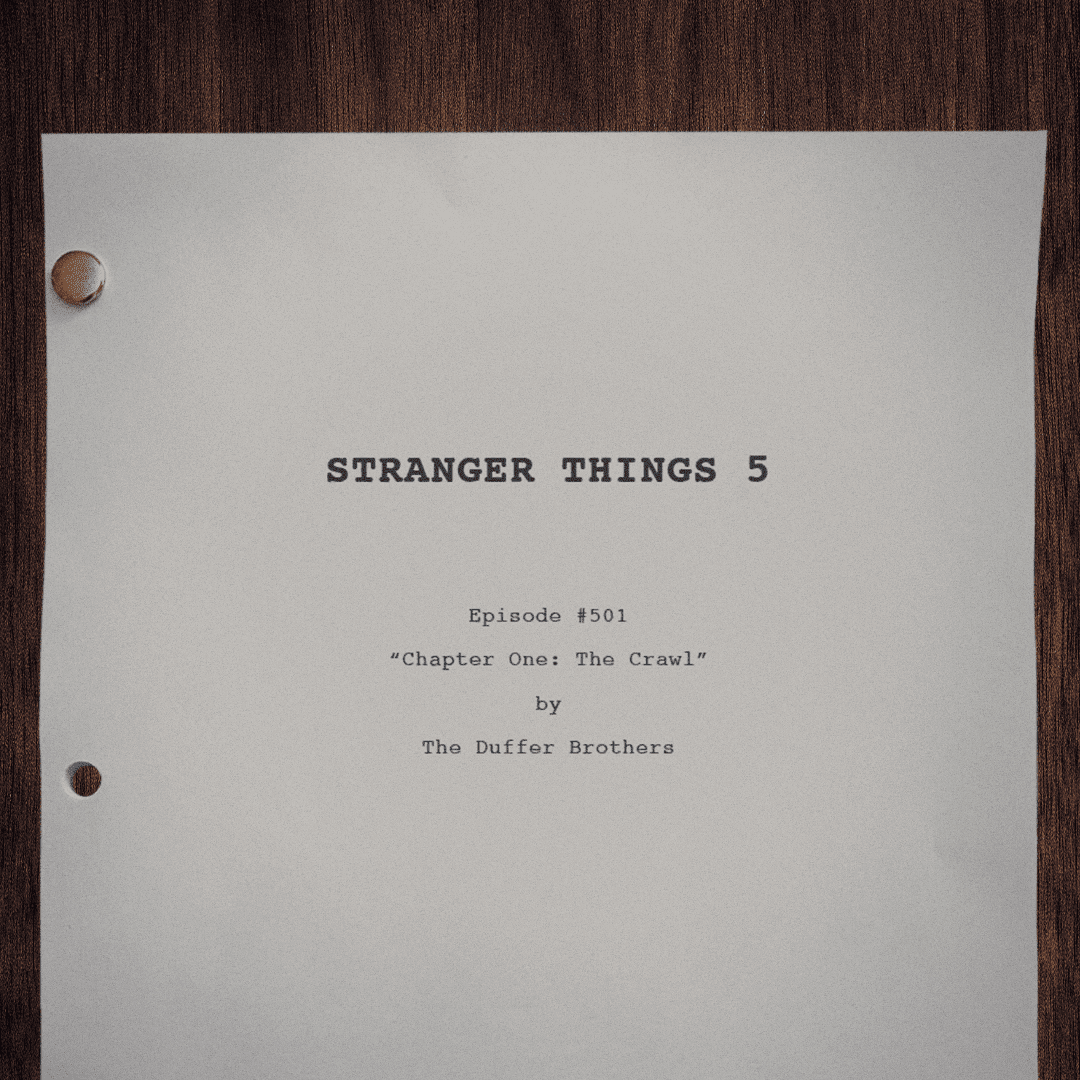 Who is in the cast of Stranger Things season 5?

We expect all of the following actors to return in Stranger Things season 5:

There’s no news on any new cast members for season 5, although The Duffer Brothers are on the record saying they’ll “stay away” from introducing new characters.

Per Puck News, the cast negotiated a pay rise going into season 5.

Winona Ryder and David Harbour are expected to net $9.5 million for the season.

Series regulars such as Natalia Dyer, Maya Hawke, Charlie Heaton, and Joe Keery will net over $6 million for the final season.

As optimistic as fans can be, sadly, we’ll be waiting a long time for the fifth season of Stranger Things.

Per our reporting in December 2022, we’re currently hearing that production (filming) will start on stranger Things season 5 in May 2023.

Production listings state the series will continue filming in Atlanta, Georgia, as per prior seasons. It’s expected to return to EUE/Screen Gems Studios Atlanta Studio, which has been home to Stranger Things since season 1. The 33-acre Atlanta studio complex boasts 11 stages and was the first full-service production studio campus to open in Atlanta.

Production on each season has been extensive, and while we can blame the pandemic for the delayed release of season 4, we’ve had extensive waits nearly every season.

If we look back at season 4, it was severely disrupted by the COVID-19 pandemic. Roughly a month of filming had been carried out before shutting down. Filming was delayed by six months and didn’t pick up again until late September 2020. Production wrapped on the fourth season approximately a year later. Considering that it took a further eight months before volume 1 was released on Netflix, that gives us a total of 21 months, or 27 months if you add the delay in production. Considering the run time of the fourth season, it’s no surprise it took so long to film.

Will Netflix split season 5 in half?

Many final seasons of shows have been split in half. We saw it happen recently with the release of Stranger Things season 4, but the final seasons of Ozark, Lucifer, and Money Heist all had a similar release schedule.

What do we know so far about Stranger Things’ Spin-off?

Alongside the announcement of The Duffer Brothers re-upping their Netflix deal, we also got word they’re working on a spin-off.

In December 2022, we got word about what this new spin-off could be, and it sounds like it’ll be an anime series set in Tokyo during the 1980s.

The logline we have for the new anime series is as follows:

“An encounter with the Upside Down evolves into a grand adventure for video game-loving twin brothers living on the outskirts of 1980s Tokyo.”

Are you looking forward to the fifth and final season of Stranger Things on Netflix? Let us know in the comments below!