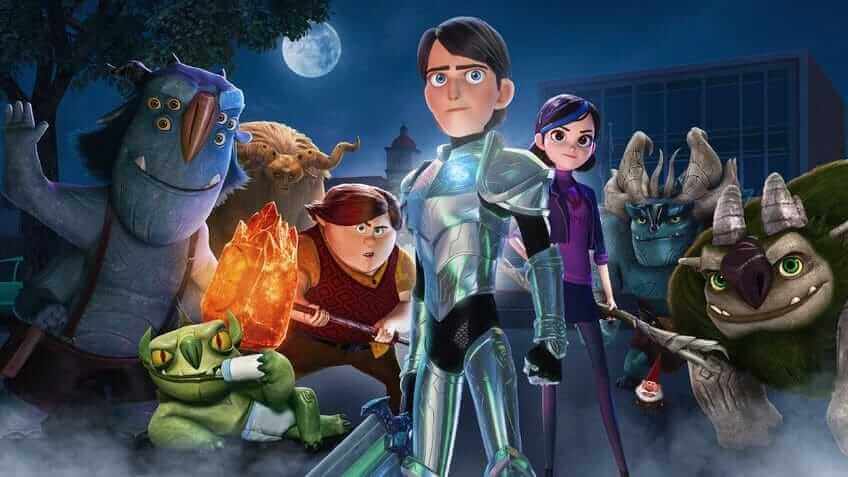 Trollhunters is heading back to Netflix back in December with season 2 or as Netflix is calling it, Part 2. The series will come with a somewhat refreshed cast and is hoping to once again woo over audiences like it did with the first season.

Here’s a rundown of everything you need to know about season 2 of Trollhunters on Netflix.

Blowing most away with its stunning visuals which could easily be compared to that of a full-fledged Dreamworks movie, the first season has been critically acclaimed even bagging it some awards. The series follows a teenager who discovers that his destiny involves him becoming a troll hunter. The series comes from the Guillermo del Toro who’s produced titles such as Hellboy, Pacific Rim, and Pan’s Labyrinth.

Season 1 gave us an introduction to the universe (which is set to expand, see information on the spinoffs further down) and ultimately ended with Jim finding the Triumbric stone and the troll hunters fending off an invasion.

In season two a new threat is facing Arcadia which means the team must wield new abilities to fight the new stronger foe.

Ron Perlman, Kelsey Grammer, Steven Yeun, Charlie Saxton and Lexi Medrano are all set to return for the second season.

Will Anton Yelchin be in season 2?

As you may know, Anton Yelchin tragically died since the release of the first season of Trollhunters but will be appearing in season 2 as he had already recorded most of his lines for the second season.

The first trailer for season 2 released on November 3rd and gave us a look into what to expect for season 2 of the show.

As we mentioned above, all of the new episodes for part 2 of Trollhunters will be coming to Netflix on December 15th, 2017. It’s also likely Netflix will release the New Years countdown again in the final few weeks of December.

The world of Trollhunters is set to expand as a couple of spinoffs are in production with 2018 release dates expected. As alluded to in the series, the additional shows will fit in within the Tales of Arcadia trilogy. The first title due out is 3 Below in 2018 and the second is currently known as Wizards and is expected to release in 2019.

Here’s what we know about 3 Below as described by an official synopsis by Netflix:

Following Trollhunters, DreamWorks 3 Below will focus on two royal teenage aliens and their bodyguard who flee a surprise takeover of their home planet by an evil dictator and crash land in Arcadia. Now on the run from intergalactic bounty hunters, they struggle to blend in and adapt to the bizarre world of high school all the while attempting to repair their ship so they can return and defend their home planet.

All three series will exist in the same universe and we’ve already visited one of the key locations in the first season of Trollhunters.

Season 2 is shaping up to continue Trollhunters

'Virgin River' Season 3 on Netflix: Everything We Know So Far

Inside the VFX Behind Netflix's The Crown' Season 4