What's on Netflix > Netflix News > When Will Season 7 of Call the Midwife be on Netflix US?

When Will Season 7 of Call the Midwife be on Netflix US? 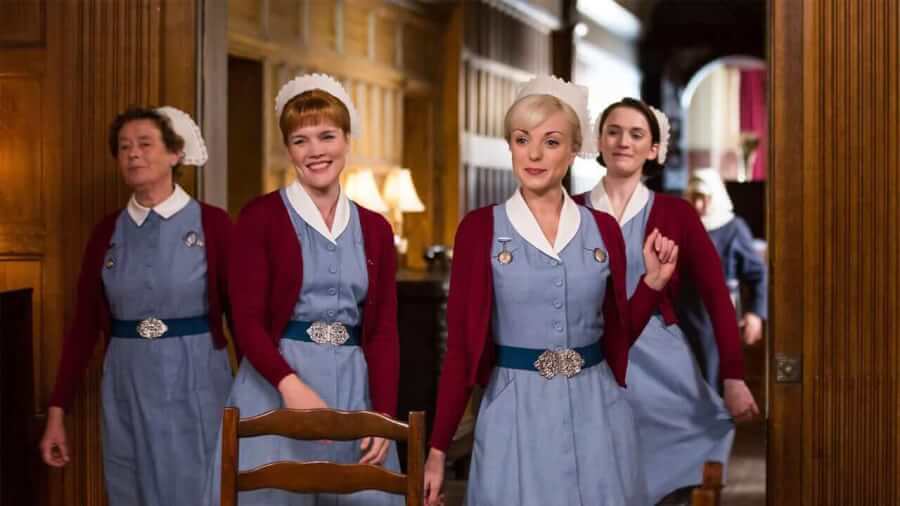 Call the Midwife season 7 has been out for a while now and with Netflix being many people’s main method of watching the British show, you’ll want to know when the next season will arrive on Netflix. Have no fear as we can reveal that season 7 is coming to Netflix in September 2018.

Call the Midwife follows the nurses, midwives and nuns from Nonnatus House, who visit the expectant mothers of Poplar, providing the poorest women with the best possible care.

Following the Second World War, the east end of London was poverty-stricken and people were living in slums; many of the inhabitants were still untrusting of the free National Health Service. And, of course, modern medical techniques were a long way off. The midwives live and work in this community and the series tells the heartwarming stories of the developing relationships between themselves, the nuns in the convent and their patients.

Amidst the most difficult circumstances, Call the Midwife offers plenty of gentle humor and morality tales.

What to expect in Season 7

It’s a new era with the introduction of birth control and the sexual revolution. We’ll see plenty of new situations, including men in motherhood classes!

It has now been announced that season 7 of Call the Midwife will be coming to Netflix in September 2018 on September 10th.

While you are waiting:

If you’re desperately waiting for those new episodes, relief is in sight! The Series 6 Christmas Special will be arriving April 24, 2018. It takes place in the midst of the Big Freeze of 1962. As the year closes, blizzards hit Poplar and the community must come together to survive the storm. A Netflix gift to you in April!

Are you waiting for the new season of Call the Midwife on Netflix? Let us know in the comments down below.