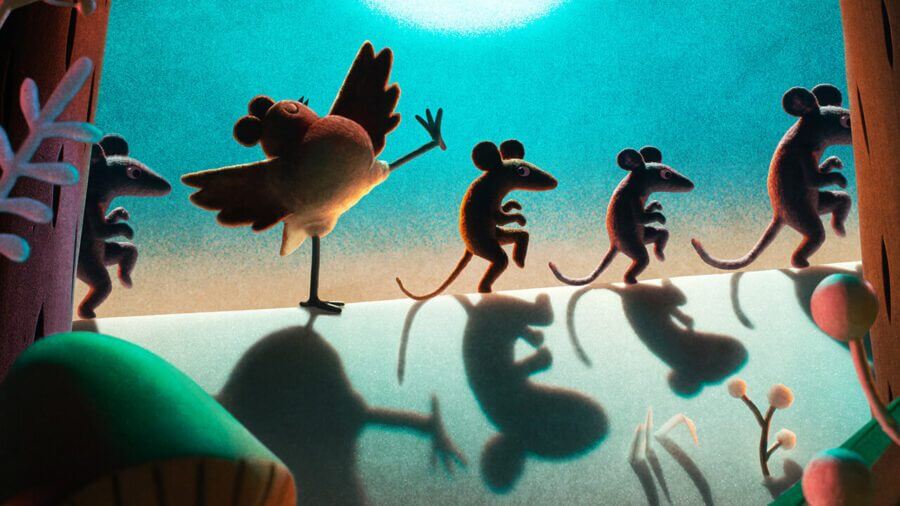 The studio that bought us the likes of Wallace and Grommit and Chicken Run will bring a brand new holiday special to Netflix in November 2021. Robin Robin is a short movie that will “hatch” on Netflix on November 27th, 2021.

Directed by Daniel Ojari and Michael Please, the short is only expected to be around 30 minutes long and will kickstart what is expected to be a very busy Christmas slate on Netflix for 2021.

Gillian Anderson will be voicing the evil villain of the story in the form of a Cat. Richard E. Grant will voice the Magpie, whereas Adeel Aktar will voice Dad Mouse and Bronte Carmichael will play the main character of the title, Robin.

The movie has been in development since November 2019 where The Guardian revealed a few first key details for the animated short.

Aardman’s managing director at the time told The Guardian that the movie is about being yourself adding:

“It’s a bit like The Ugly Duckling meets Oliver Twist. An egg fortuitously rolls into a rubbish dump. The robin hatches and is raised by a family of mice. The robin grows up trying to act like a mouse. She fluffs her feathers to look like a mouse and enjoys the delights of cheese – but she can’t sneak into houses.”

Here’s what you can expect from the short:

“Robin Robin is the endearing story of a robin who is adopted by a family of burglar mice when her egg fortuitously rolls into a rubbish dump. As she grows up her differences become more apparent. She sets off on the heist to end all heists to prove to her family that she can be a really good mouse, but ends up discovering who she really is.”

Originally the movie was expected to hit Netflix at Christmas in 2020 but a release date was never announced. It was in early December 2020 when Netflix provided a small update including the cast members announced above.

Things you need to know about Robin Robin:

– It’s a stop-motion, musical, festive special from @aardman (!)
– @GillianA and @RichardEGrant lend their voices (!!)
– It arrives on Netflix in 2021 pic.twitter.com/3NzoG2rYre

Now that the rain is back it's the perfect time to tell you about a Christmas thing. From @aardman (!!) and featuring the voices of @GillianA and @RichardEGrant, comes ROBIN ROBIN. Hatching 27 November. pic.twitter.com/qJawOoPDFA

Outside of Netflix, the movie is also expected to see a book adaptation thanks to licensing partners being secured earlier in the year. It’s also expected this extends to toys being produced too. The first book is set to be a film tie-in and will release in October 2021 shortly before its Netflix debut.

Aardman are also hard at work on their other big project for Netflix in the form of a sequel to the aforementioned Chicken Run. Chicken Run 2: Rocky’s Rooster Adventures is due to release on Netflix at some point in 2022. 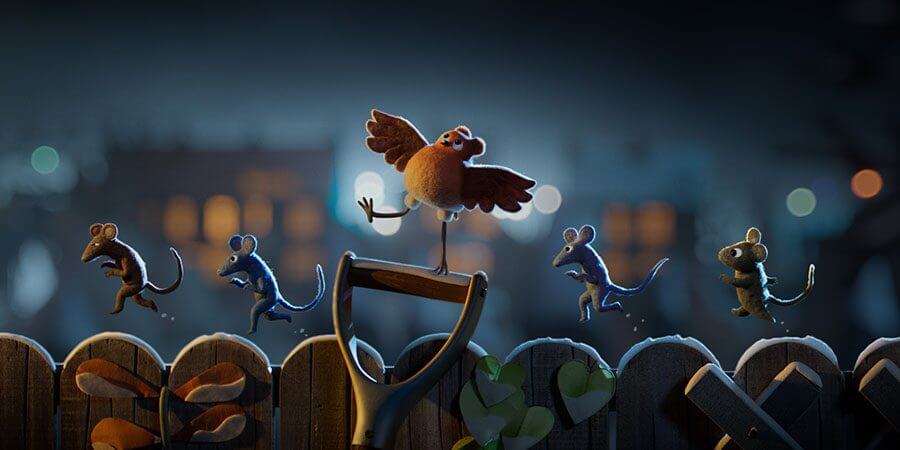