What's on Netflix > Netflix News > Disenchantment: References to The Simpsons and Futurama

Disenchantment: References to The Simpsons and Futurama 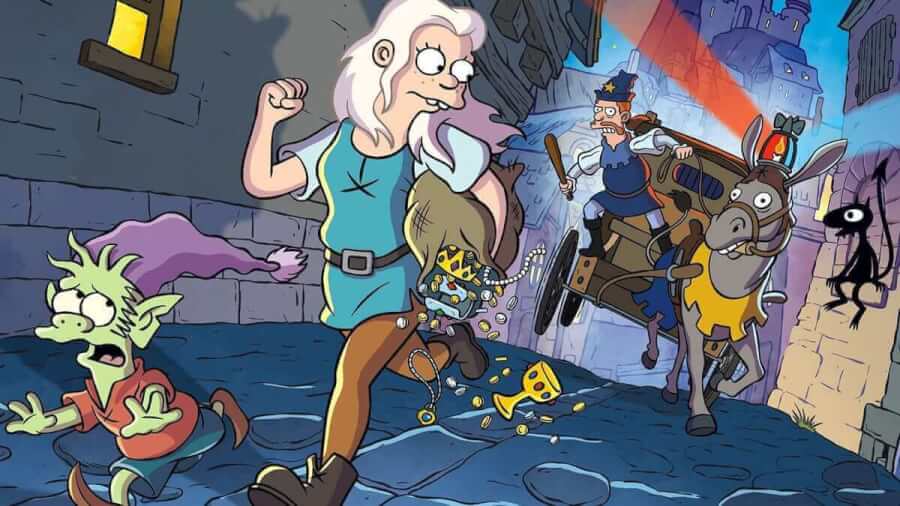 Disenchantment is now on Netflix and features quite a lot of references to Matt Groening’s previous works including The Simpsons and Futurama. We’ve put together a comprehensive list of all the references and character resemblances we’ve found so far in season 1 of Disenchantment.

Was Disenchantment predicted in Futurama? 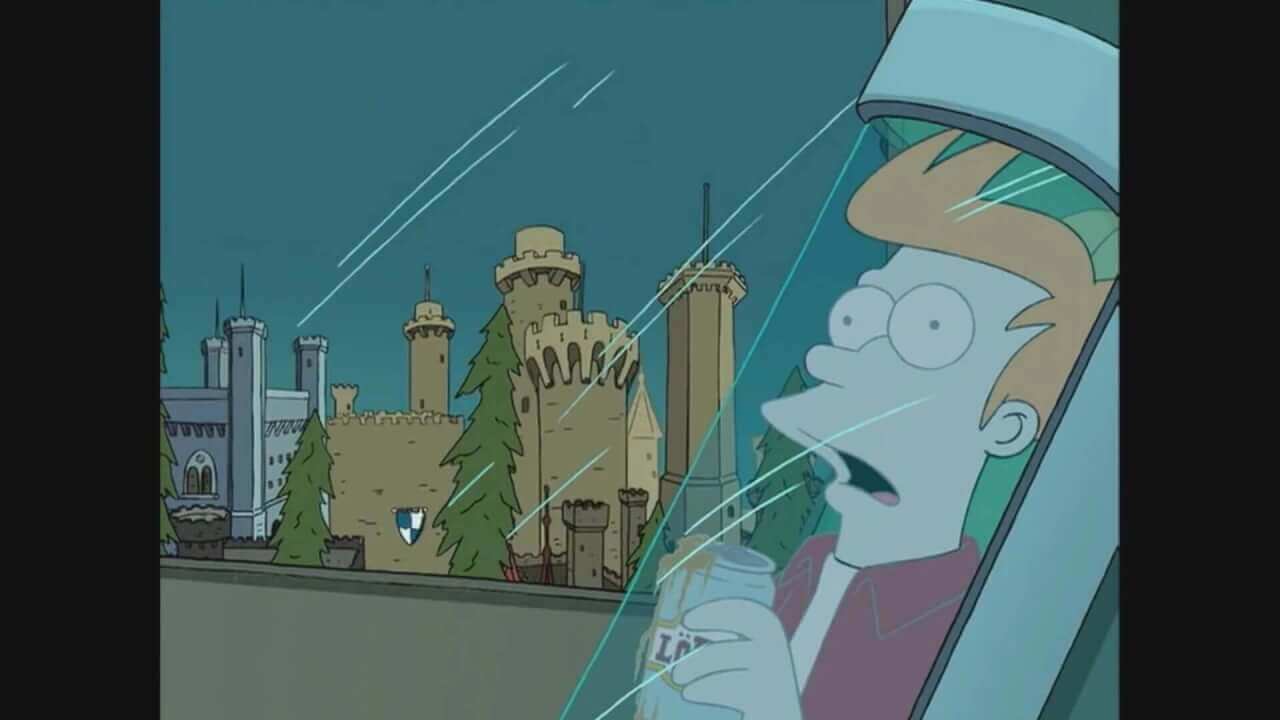 In Futurama, when Fry first gets frozen to go into the future, we see the fall of mankind and then it rebuilds once again and in the show above, we see a castle that strongly resembles the castle of Dreamland.

Could this suggest that this series is not in fact set in the past rather set between The Simpsons and Futurama?

Let’s start off with the most obvious. Elfo strikes a passing resemblance to Bart from The Simpsons. The biggest resemblance is the clothes where both are wearing orange shirts and blue shorts.

Ladies Pinch Quote from The Simpsons

In both episode 1 of The Simpsons and Disenchantment, the line “Ladies pinch. Whores use rouge.” is both mentioned. A nice throwback line that’s used in two different contexts.

Thanks to CryptoHiRoller on Reddit for this great spot. 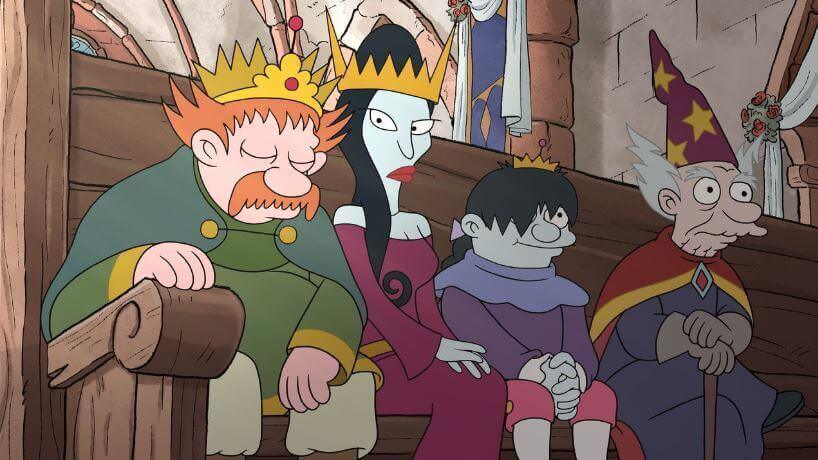 In episode 1 at the wedding, we see the father drifting to sleep when he suddenly gets waken up by his wife who nudges him in the side. After this, he proceeds to blame it on his son and slap him. This could be a nod to The Simpsons where Homer regularly sleeps during church and regularly blames Bart for his problems. 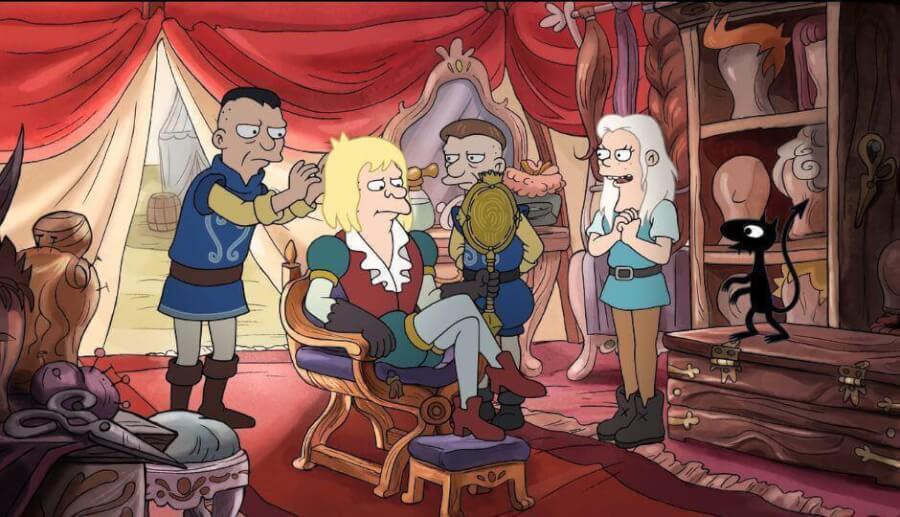 As Bean plots her diabolical plot we find our way into a wig tent and on the right you can see an orange wig that resembles that of Fry from Futurama. Fry also seemingly turns up as a child later in the series as well as briefly appearing in a vision along with Bender and the Professor.

Other Character Resemblances in Disenchantment

Someone on Reddit saw this striking resemblance between a background character and Uter from The Simpsons. 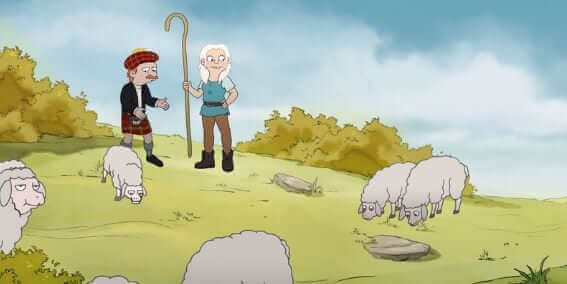 When Bean goes off looking for a job in episode 5 there’s a striking resemblance to the sheep farmer and Willy from The Simpsons.

The giant in episode 7 strongly resembles the snoo-snoo giants in Futurama.

Have you spotted any additional references or characters that resemble characters from The Simpsons or Futurama? Let us know in the comments down below.