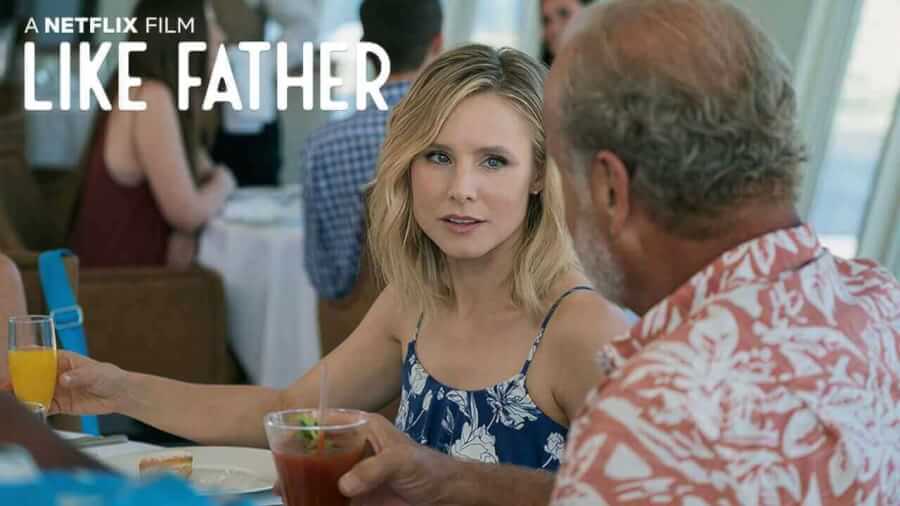 Like Father is now on Netflix and features the incredible talents of Kristen Bell and Kelsey Grammer. Looking for some information on the new movie before you watch and after you watch including the soundtrack, cast list, details on the cruise and what to watch next.

Kristen Bell plays the role of Rachel, a devoted employee who cannot take a break from work. The story takes place after she’s stood up at her wedding alter and goes on her honeymoon cruise with her father played by Kelsey Grammar.

Who wrote and directed the movie?

Lauren Miller Rogen wrote and directed the movie. Lauren is married to Seth Rogen who features throughout the movie as Jeff. The movie serves as her first directorial debut but has appeared in multiple movies before mainly with Seth Rogen co-starring. 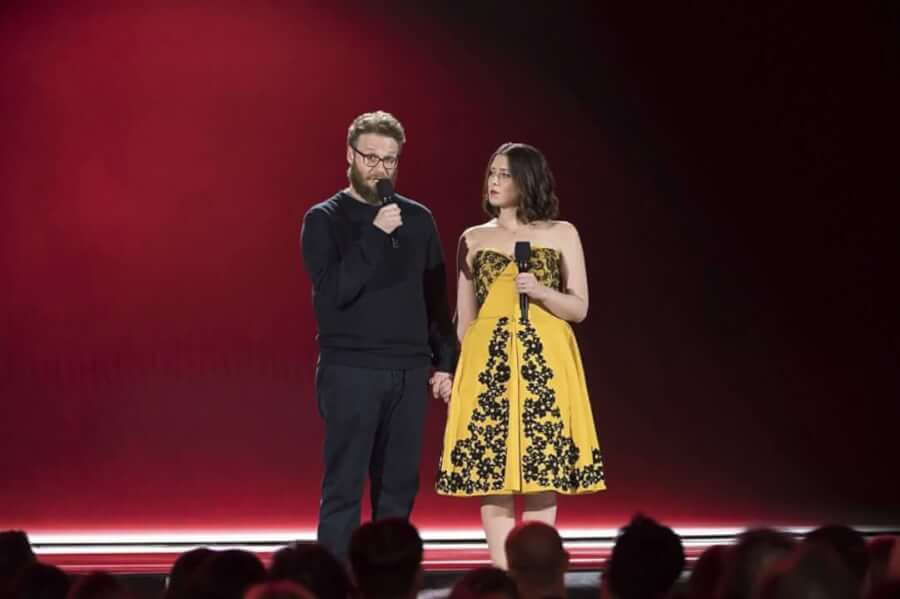 Seth and Lauren Mill Rogen at the Netflix comedy show

Like Father featured an impressive soundtrack mostly down to the fact at how many Karaoke segments where in the movie. We’ve included the original artists in the tracklist below for those although in the movie credits, they include the actor/actress who sang the song.

Where you’ve seen the cast before

Some of the cast you’ll recognise from other Netflix shows or other major shows that may be on Netflix in your region. For a full cast list, check out the IMDb cast and crew list.

Questions You May Have After

What cruise did they go on?

We know that that the daughter and father were on a cruise that was originally intended to be the honeymoon cruise. They’re on a Royal Caribbean seas cruise on the Harmony of the Seas ship. Fun fact, it happens to be the world’s largest cruise ship. It predominantly visits three locations including the Bahamas and Bermuda, the Caribbean and North America.

A cruise on this ship for the duration of time the pair were on there would set you back around $700 to $1600 per person.

What happened to Jeff (Seth Rogen)?

One of the more bizarre and unexplained aspects of the movie is what exactly was going on with Jeff by the end of the movie. At the karaoke competition when Rachel had mended the wounds with her father, Jeff took to the stage to perform a song which was directed to the audience. Rachel turned to see it was directed to someone other than herself. Was that his wife? Was it someone else he hooked up with? We’ll never know.

We’ll be back later today with our verdict on the movie plus the general consensus with fans and critics.  Did you enjoy the movie? Let us know in the comments down below.