Home › Netflix News › Nightmare of the Wolf: Everything We Know About The Witcher Anime Film

Nightmare of the Wolf: Everything We Know About The Witcher Anime Film

Henry Cavill’s The Witcher has quickly become one of Netflix’s most popular shows. Earlier this year, a Redanian Intelligence report revealed that Netflix is developing an anime feature film set in The Witcher world (called “The Continent”). Since then, we’ve learned quite a bit about the animated project, and some of our biggest questions have been answered.

Here’s a breakdown of everything we know about Nightmare of the World on Netflix so far:

What is the story of ‘Nightmare of the Wolf’?

Though The Witcher is well known from CD Projekt RED’s video game trilogy, the Netflix series is based on the eight-book saga of Polish author Andrzej Sapkowski. There is a wealth of material within Sapkowski’s novels and short stories, but Nightmare of the Wolf will not adapt any of them. Instead, Netflix is looking to tell an entirely new story about a beloved character who will be introduced in the show’s upcoming second season: Vesemir.

Vesemir is an old witcher who serves as a father figure to Geralt (Henry Cavill) in the books and the games, but according to the film’s official description, the events of Nightmare of the Wolf transpire long before Geralt is born. Netflix describes the film as follows: “Long before mentoring Geralt, Vesemir begins his own journey as a witcher after the mysterious Deglan claims him through the Law of Surprise.” According to writer Beau DeMayo, the story will exist within the show’s canon, and it’s likely to tie into Vesemir’s live-action appearance in season two. It’s also possible that we’ll see a cameo appearance by Geralt, perhaps towards the end of the story. 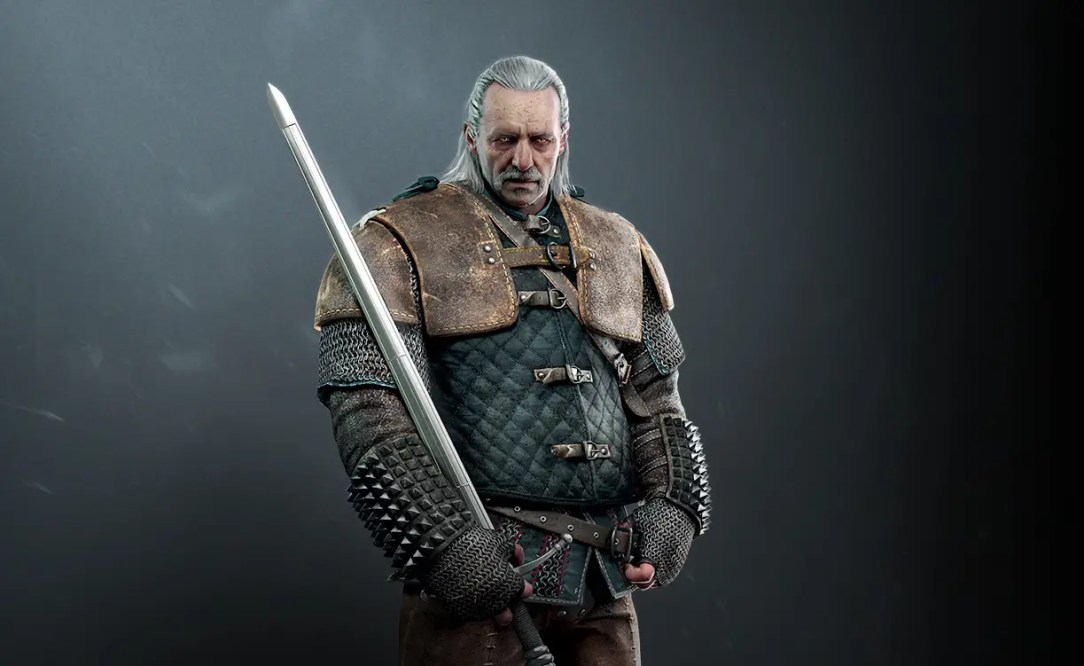 Who will voice Vesemir?

Not long ago, Netflix revealed that Killing Eve star Kim Bodnia has been cast in the role of Vesemir for The Witcher’s second season. Bodnia started filming alongside Cavill (Geralt), Freya Allan (Ciri), Yasen Atour (Coën), Paul Bullion (Lambert) and Thue Rasmussen (Eskel) before the production was halted over COVID-19 concerns. Seeing as Vesemir is the main character of the anime film, it’s possible that Bodnia will reprise his role in Nightmare of the Wolf.

That being said, there is another option that is just as likely. Seeing as Nightmare of the Wolf features a younger Vesemir, Netflix may have searched for another actor to voice the character. In The Witcher’s first season, Divergent’s Theo James voiced “Young Vesemir” in a quick flashback sequence. James has a voice-acting background in Netflix productions, including recurring roles in the animated Castlevania series and The Dark Crystal: Age of Resistance. Given that rumors of this animated film began circling many months before season one aired, it’s possible Theo James was signed on for Nightmare of the Wolf alongside his brief flashback in season one. 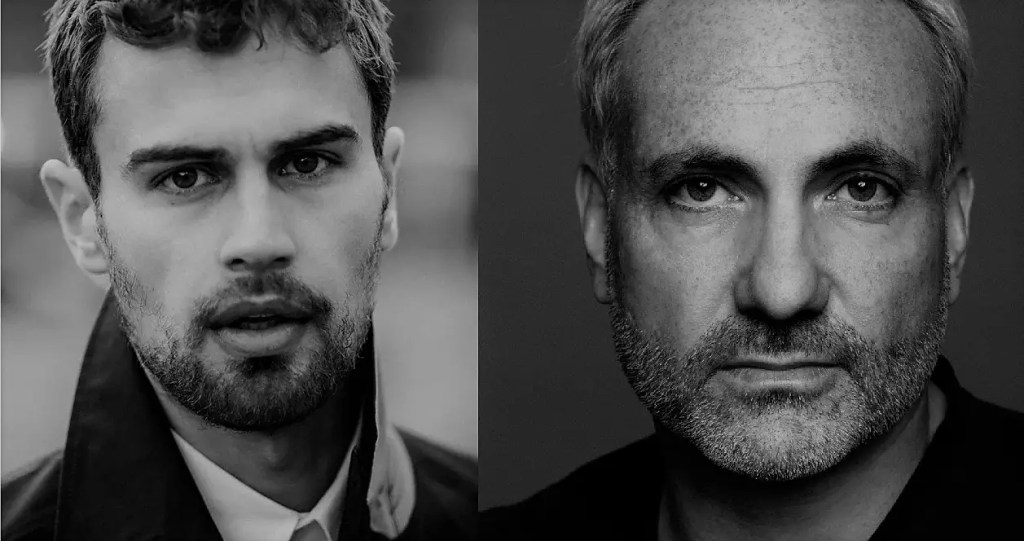 Which studio is developing Nightmare of the Wolf?

The script of Nightmare of the Wolf was written by Beau DeMayo, who penned the third episode of The Witcher’s first season, as well as the second episode of the upcoming season. DeMayo has also joined the writers’ room for the Moon Knight Disney+ series set in the Marvel Cinematic Universe (MCU). Also involved in the film is The Witcher showrunner Lauren S. Hissrich, though her exact role in the project is unknown. It’s likely that she supervised the project.

Meanwhile, the studio behind Nightmare of the Wolf’s animation is the Korean Studio Mir, famous for the animation of Legend of Korra (the Avatar: The Last Airbender spinoff series). If the animation will be as good as Korra’s, we’re in for quite a treat.

Why has Nightmare of the Wolf been chosen to be animated?

The Witcher’s quick success proved that audiences are eager to see more of the Continent. It’s no surprise, then, that Netflix has chosen to develop a spin-off film. However, some fans are surprised about the choice to make Nightmare of the Wolf an anime. Writer Beau DeMayo was recently asked this question in an interview with Comicbook.com, and provided a thorough answer.

[The Witcher world] is a massive canvas, and I actually started out my career working as an assistant and executive at Disney in animation, and it was there where I first got my job in the industry,” DeMayo explained. So I was aware when Lauren came and asked me to write [the film] what we could do in animation that you cannot do in live-action.

There is not necessarily always parity between those two mediums. There are things that you can animate in an animated form that will look so amazing, so badass, that if you did it in live-action, it’s just going to look goofy or it’s just going to register as a little false to the human eye.

Beau DeMayo further elaborated about the aesthetic that animation would bring to Nightmare of the Wolf:

There’s a grace and an art form to animation, and especially anime, that allows a different flavor. So I think from Lauren and [my] perspective when we came at it, was what is the type of story we can tell? Which, I can’t tell you the story, but what is the type of story that we could tell that we could never tell in our live-action scope? Something with magic and monsters and adventure and romance that you couldn’t necessarily use a live-action medium to tell, and I think when people see the anime and when it releases, there are very particular choices we made.

And the script itself, there are certain things it takes advantage of in terms of animation that only animation can do. I think that’s what’s the most exciting thing that I’m waiting for fans to see. Is that, when you see the anime, it’s not just the events, it’s what Studio Mir has been capable of pulling off. It’s what our partners in the anime division at Netflix have been able to pull off. It is something… it is a story we could not have told in live-action in any way, shape or form. At least not without an incredible burden on production, I will say that. 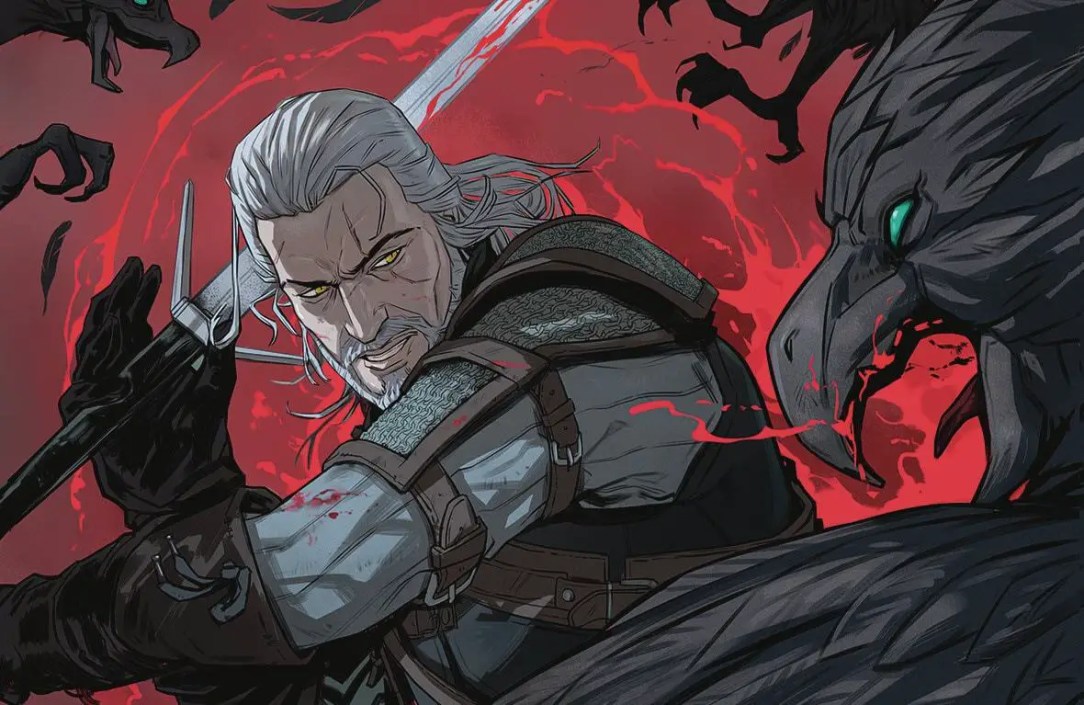 Will Nightmare of the Wolf on action or drama?

In another article by Comicbook.com, DeMayo was asked about the action sequences in Nightmare of the Wolf and whether they’d be the focus of the film.

Some of that stuff, like I said, was really baked in my DNA. The Sailor Moon of it all, Dragon Ball Z, big-spectacle action that… Like a Dragon Ball Z-type action scene looks goofy in live action. But it looks badass in the animation. When you’re approaching an action scene in anime, it was just like, what is something that we could only animate that we couldn’t do in the live-action show, so that it feels of its own world and it feels earned?

DeMayo has stressed that, despite the film’s spectacular action sequences, it will be grounded in a human story.

I think, with the live-action but also with the anime, [it] was just so important that it not just be an action-fest, that there be a story there. That there be emotion there that’s really sincere. A lot of people underrate animation, especially anime sometimes, for being able to deliver emotion, really poignant emotion.

When will Nightmare of the Wolf be on Netflix?

The official release date of The Witcher: Nightmare of the Wolf has not been revealed by Netflix, but early rumors suggested that the streaming service hopes to release the film between season one and season two of the show. The Witcher season two is currently expected to release in the first half of 2021, so it’s possible the anime film will release later this year.

Are you looking forward to the release of Nightmare of the Wolf on Netflix? Let us know in the comments below!