Blade and Blade 2 Scheduled to Leave Netflix in January 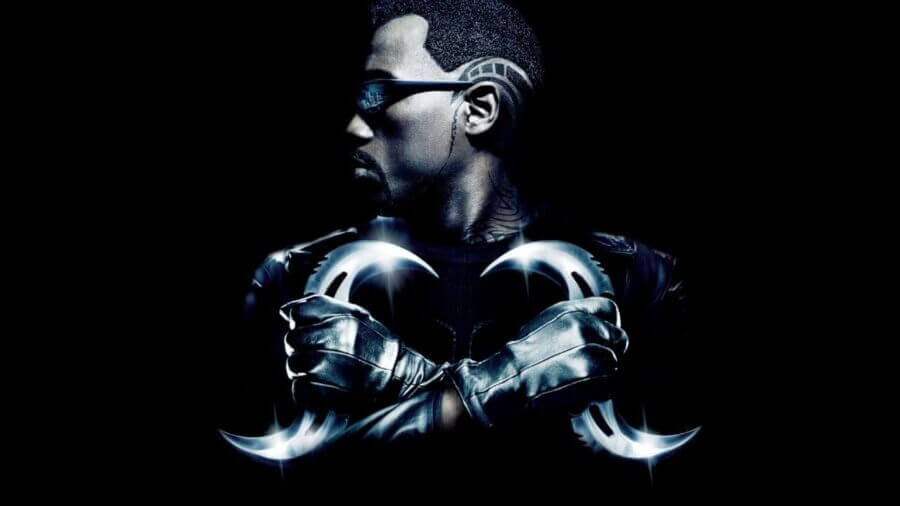 It’s that time of year again as we see a whole heap of films set to leave Netflix at the start of January. Sadly, for bloodsuckers, this includes both Blade and Blade 2! You’ll still be able to watch the films through Christmas but when New Years Day arrives you’ll no longer be able to stream the Blade films.

It’s been just over 20 years now since Blade first debuted in cinemas. The character has gone on to become one of the most popular in the Vampire genre with many wishing to see the character return with Snipes donning the costume once again.

The character of Blade first appeared in Marvel Comics back in 1973. Although he has predominantly been a supporting character in much of his publication history he has been a fan favorite amongst many. Marvel licensed Blade to New Line Cinema and in 1998 and the became the first licensed Marvel film. Wesley Snipes was cast in the role and to this day is still his most iconic role.

Eric Brooks was born as a Vampire. Instead of hunting humans, Eric was raised to fight his thirst for blood and hunt vampires instead. Using weapons of sunlight and silver, and donning black leather he renames himself as Blade. With his friend Abraham Whistler, they wage a secret war on the vampires of Los Angeles.

When is Blade and Blade 2 scheduled to leave Netflix?

Blade and Blade 2 are both scheduled to leave Netflix on the 1st of January. While this doesn’t make it a full 365 days the films have been on Netflix, it makes sense that the license runs out at the beginning of the year.

Is Blade Trinity scheduled to leave??

Well, Blade Trinity isn’t actually streaming on Netflix. Blade 1 and 2 appear to come as a pair wherever they go. As to why Blade Trinity was not also is unknown. This may have something to do with the lawsuits that Wesley Snipes had with New Line Cinema and director David S. Goyer.

Why is Blade and Blade 2 scheduled to leave Netflix?

Both of the Blade films first arrived at the start of 2018 so Netflix’s year license will be coming to an end. The licenses Netflix holds for streaming are either in 1 or 3-year stints. The Blade films can remain on Netflix but the streaming service would need to renew its license.

Will the Blade films stream elsewhere?

Eagle-eyed fans out there will know that the character Eric Brooks/Blade is a Marvel character. While Marvel has reacquired the film rights to the character of Blade, New Line Cinema still retains the rights to the films they produced, therefore, the Blade films won’t be going to Disney’s streaming service. Another reason why the Blade films are unlikely to go to the Disney streaming service is the R ratings the films hold.

New Line Cinema is a subsidiary of Warner Media. So the Blade films could eventually be streaming on their service instead.

Would you like to see Blade and Blade 2 stay on Netflix? Let us know in the comments below!