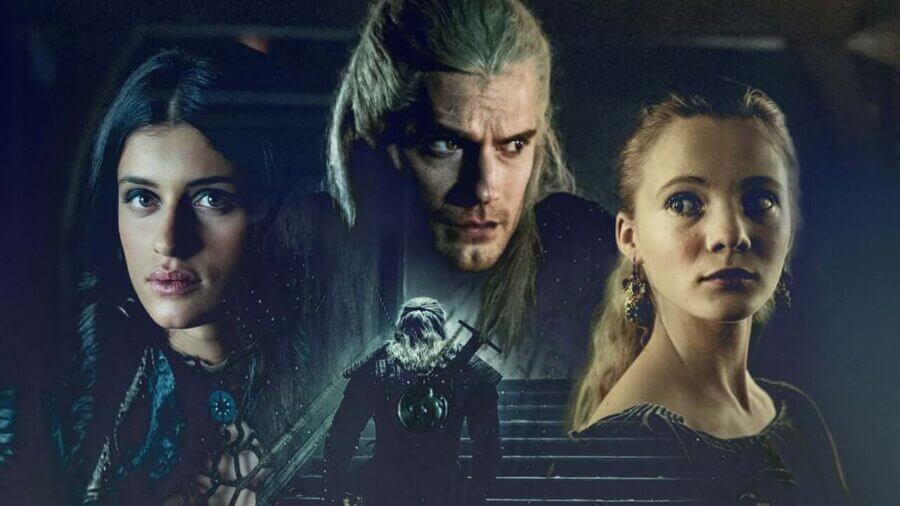 The hotly anticipated second season of Netflix’s Henry Cavill-led fantasy epic The Witcher is one of many ongoing productions interrupted by the global Coronavirus pandemic. Since March, fans have been wondering when the cast and crew will be able to get back to work and how filming will continue under difficult conditions with social distancing and enhanced safety measures in place. After months of waiting, there have been some major developments and the road to season two seems a bit clearer. Read about that and all other Witcher news in the June report from Redanian Intelligence. 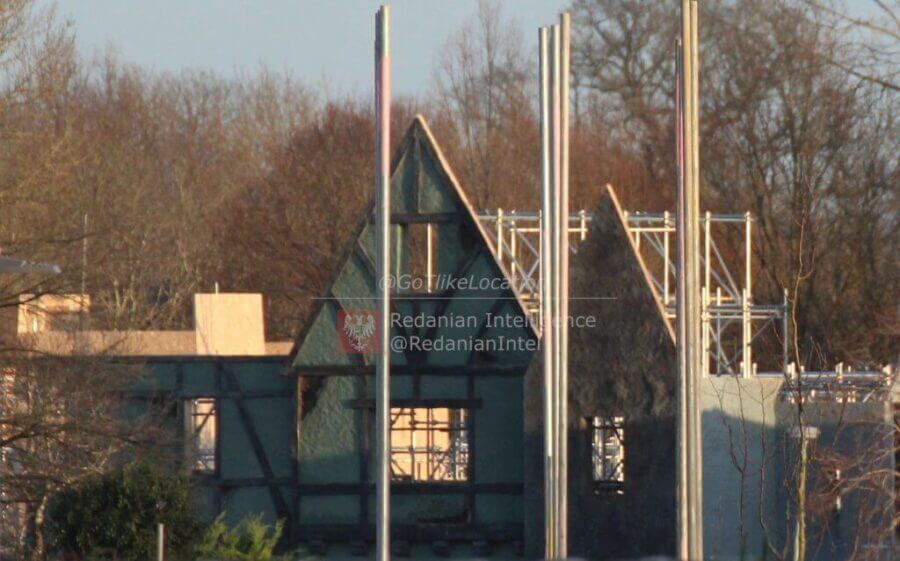 As listed by industry database Production Weekly via Redanian Intelligence, the current plan is for the cast and crew of The Witcher to resume filming on the 3rd of August 2020. The big news came mere days after a report that Arborfield Studios, The Witcher’s main production headquarters in the UK is already preparing to get back to work – and the studio’s managing director Bob Terry confirmed via Deadline that work is underway to finalize safety procedures and get the grounds ready for filming.

Only recently, the UK’s government and health authorities approved a catalog of new Coronavirus safety guidelines, paving the way for British high-end film and television productions, that cost £1m or more to continue filming as early as July.

Now that The Witcher has a new filming date, how will the virus affect its release date? While there has been no word on the subject, there is no reason to be concerned just yet. The production break may have pushed the release a bit further, but 2021 still seems likely, provided the situation doesn’t change dramatically. With one month of filming done and roughly four left, a wrap date around Christmas 2020 seems possible. Once filming is done, we can expect several months of post-production to follow. 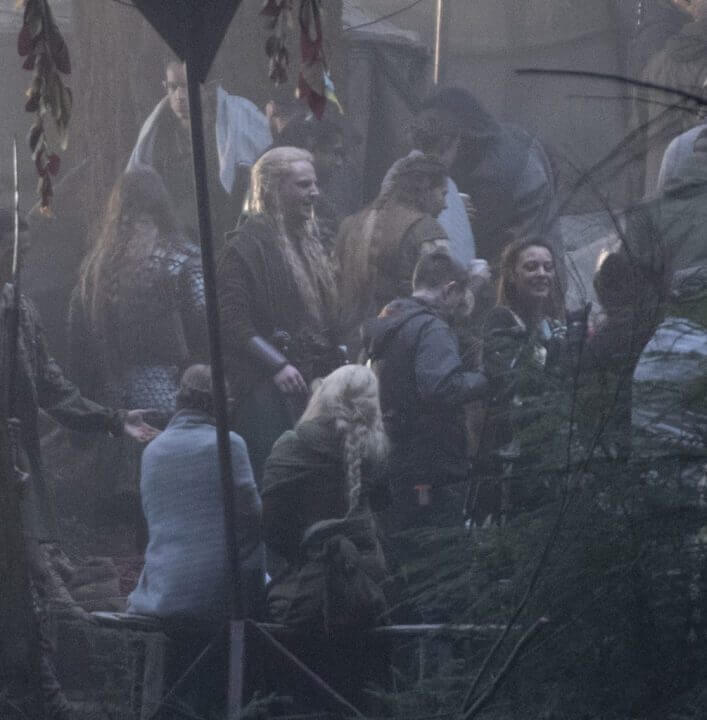 While we don’t know exactly how much time is needed for the fine-tuning, a recently revealed report may provide some clues enabling us to make an educated guess. Platige Image, a  Polish company responsible for some of the special effects in the first season mention a July 2021 deadline for finishing their work on season two. As a reference, their deadline for the first season was November 2019, one month before the release. If this pattern is to continue, Netflix may be planning to air the second season of The Witcher in August 2021. Keep in mind though, that any dates may be subject to change as the production moves on and depending on the general safety situation. 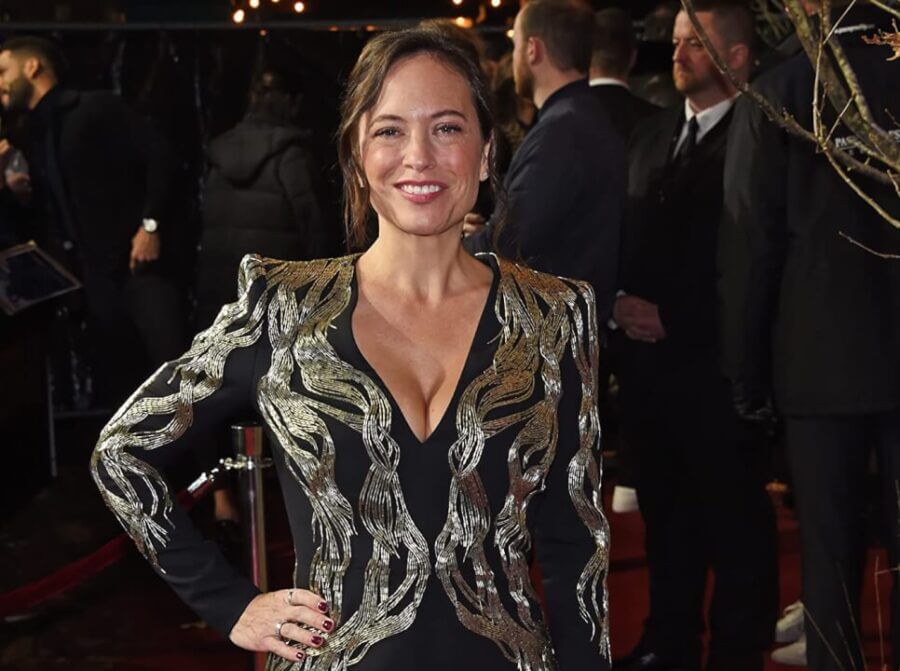 With the elephant in the room out of the way, fans may rightly ask how the virus is going to change life on set and the story to be told in season two. After all, enforcing social distancing measures may prove to be difficult in a world whose denizens aren’t known for suffering from excessive fear of physical contact. In a recent interview with The Wrap, showrunner Lauren Hissrich spoke about these issues and also touched on what she has been up to during the lockdown.

We were shooting in the U.K. and were about six weeks into our season when we shut down”, she said “We were literally in the middle of a big sequence we had been preparing for months. But we have a very international crew and it wasn’t just about the health of our crew and our cast, but also getting them back home to their families. So that was at the forefront for us. 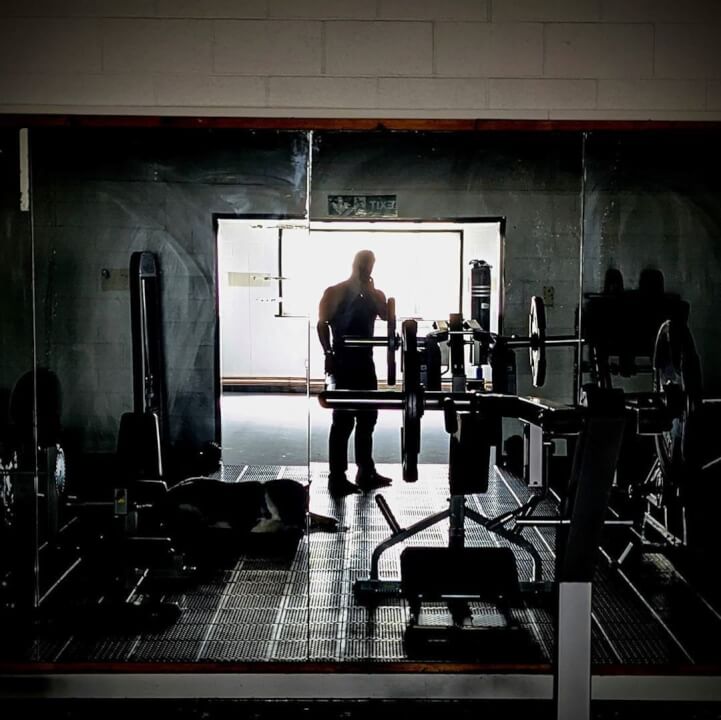 Pictured: Henry Cavill back in the gym after self-isolating

When getting back to work, the first priority is obviously to keep the cast and crew as safe as possible:

Right now, it’s a lot of production meetings, a lot of talking about how to keep people safe… A lot of it is just about flexibility, not just in the planning phases but when we get back on sets. So, the government may say it’s OK to do X or Y, but an actor may say they don’t feel comfortable doing that. And that’s always going to be our first concern.

Hissrich also revealed that she has used the break to go over the scripts again with the writer’s room, doing some polishing and even making some “big shifts” in the emotional journeys of the characters. She is most looking forward to the introduction of the new witchers, who are the closest thing to a family Geralt has ever had. 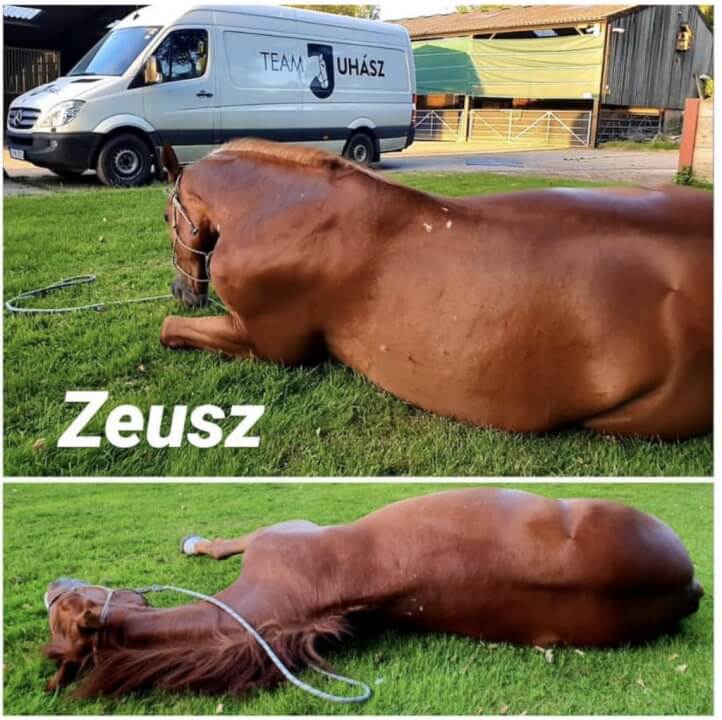 Pictured: The horse Zeus, who stands in for Geralt of Rivia’s trusted mare Roach has been keeping busy too

When I talk about ‘The Witcher,’ I always talk about how these three characters coming together — Geralt, Ciri and Yennefer — they come together as a family. It’s the most important part of the series for me and when you start to imagine someone’s family, you also need to understand their family of origin. For Geralt, it’s his brothers, it’s the brotherhood of the witchers. So I’m really excited to get back in and meet Vesemir, his father figure, for the first time and all of these men that he was raised with since he was seven years old.

For more on the pandemic and season two, read the full interview here. In a recent podcast with the Writers Guild of America, Hissrich also let slip that they got about one episode done before the break.

Casting: A witcher, more elves, and other new faces join the cast

Back in May, Redanian Intelligence reported the addition of five new actors to The Witcher’s ever-growing cast ensemble. Most notably actor and stuntman Joel Adrian has been cast as Hemrik, a witcher and an original character created for the show. As the report notes, it is possible but not confirmed that he will appear in a flashback showcasing Geralt’s straining as a witcher recruit. 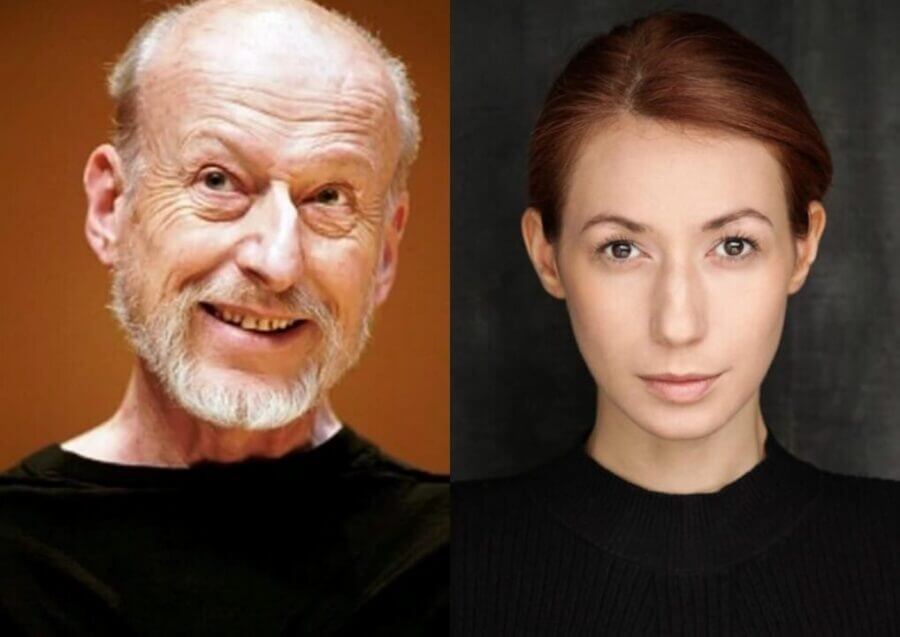 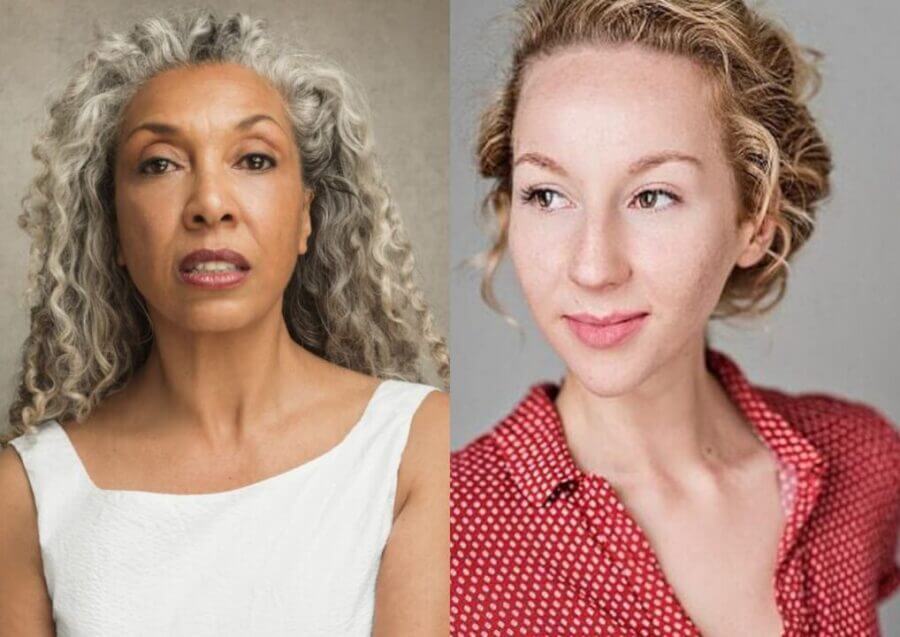 Lesley Ewen (Arrow, Doctor Who) will appear as another original character called Meena Coppercloth, likely the wife or relative of Andrew Paul’s Colin Coppercloth. Since Paul has already wrapped filming on season two, the pair is likely to make a brief appearance in one of the first episodes.

Lastly, there is young actress Scarlett Maltman (The Great) who was just about to start filming for season two of the show in an as yet unknown role. While this concludes our casting update with filming back rather sooner than later, it is only a matter of time until more cast members become known. 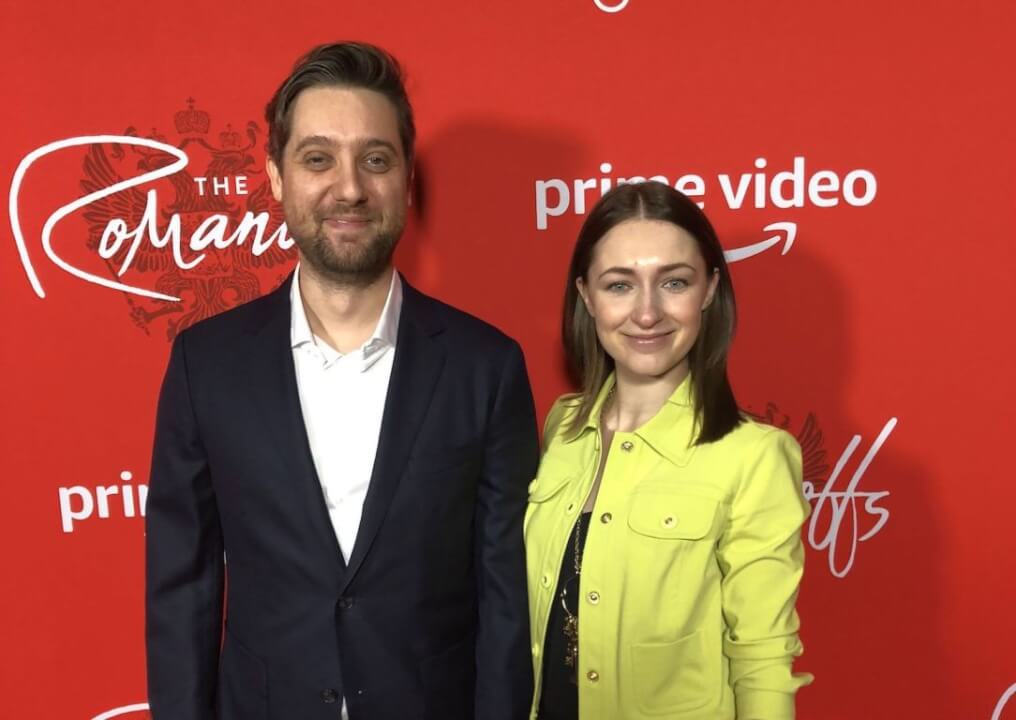 Different parts of The Witcher were met with different reception but many felt the soundtrack was one of the strongest components of the first season. Sonya Belousova who co-composed the OST alongside Giona Ostinelli has been busy, keeping fans entertained with in-studio concerts, available on Youtube and Facebook.

She also released a solo piano version of her viral hit ‘Toss A Coin To Your Witcher’, which while lacking the vocals of Joey Batey (Jaskier) brings back the catchy tune and feeling of the original piece.

The Witcher Soundtrack is now available on vinyl featuring an exclusive bonus track by Joey Batey.

Stay tuned with Redanian Intelligence and What’s on Netflix for all updates on The Witcher. We hope to be able to share more news with you soon!