Every month, fansite Redanian Intelligence brings you the latest news and updates regarding The Witcher on Netflix. Here’s their May 2020 report including the latest on production which has halted,

Like every other major production, filming for the second season of Netflix’s fantasy hit The Witcher was halted due to the coronavirus pandemic.

Stars Henry Cavill, Anya Chalotra and Freya Allan had been filming for just over a month when the decision was made, with a planned 2021 release date. Fortunately, during that month and in the period before it, quite a lot of information was gleaned about the story of season two.

Adapting the first full novel in Andrzej Sapkowski’s Witcher Saga, titled Blood of Elves, the upcoming season will expand the world called “The Continent” with a number of new cast members and storylines and explore the relationships of the show’s main trio: Geralt, Ciri and Yennefer. Read on for an extensive breakdown of everything we know about The Witcher’s story in season two.

The Beauty and the Beast Back in January, Redanian Intelligence first broke the rumor that Game of Thrones veteran Kristofer Hivju had joined The Witcher’s cast. Eventually, we were able to confirm that rumor, as well as our original speculation regarding Hivju’s role: the bear-headed Nivellen. In the books, Nivellen appears in one of the series’ most memorable short stories, A Grain of Truth, inviting Geralt to his enchanted mansion. Though Nivellen is clearly cursed and potentially dangerous, Geralt doesn’t rush to unsheathe his silver sword. Instead, and out of sheer curiosity, Geralt accepts Nivellen’s invitation and joins him for dinner. What ensues is a thought-provoking, funny, and suddenly very dark series of events which may or may not involve a vampire, a dark priestess, and an unforgivable sin.

Though the castings of Nivellen and Vereena imply the short story will be recreated faithfully, one major difference has already been confirmed. In the books, Geralt was alone when he first met Nivellen. In the show, however, he will be joined by his adopted daughter Ciri. How that will affect the events within the mansion is yet to be seen. If you’re craving more Witcher content and can’t wait for season two, you should definitely take a look at the book containing this short story, The Last Wish.

Nivellen and Vereena will feature in season two’s first episode.

An Army of Elves takes the Continent by Storm Hivju isn’t the only new actor joining The Witcher’s cast. The most notable new character in Netflix’s casting reveal is Francesca Findabair, to be played by model and actress Mecia Simson. This elven sorceress is perhaps the most important political figure introduced in season two, and will retain her importance for the seasons to come. Francesca and her brother Gage (Kaine Zajaz) will join season one’s King Filavandrel (Tom Canton) and Dara (Wilson Radjou-Pujalte) in the ranks of an army of rebel elves and non-humans.

The plight of the elves was briefly addressed in season one’s second episode, which showed Geralt and Jaskier’s confrontation with Filavandrel in the “valley of plenty”, though those who read the books know that the elves will have a much more important role going forwards. Needless to say, these elven rebels (and Francesca especially) will often run into and challenge the series’ heroes and the moral code by which they live their lives. Leaks and spoilers from the set reveal that the elves will first appear in Yennefer’s storyline.

Kaer Morhen: Home of the Witchers

With Geralt and Ciri finally united at the end of The Witcher’s first season, many fans are curious to see where they’ll go. Fans of the video game trilogy have gotten to know a completely different Ciri – a violent witcheress and a force to be reckoned with. Before Ciri becomes one of the most powerful characters in the saga, she undergoes extensive training at one of the series’ most beloved locations: the ruined castle of Kaer Morhen.

There, Ciri will meet Geralt’s childhood friends and fellow witchers Lambert and Eskel (Paul Bullion and Thue Rasmussen), as well as Geralt’s adoptive father Vesemir (Kim Bodnia). Along with the viewers, Ciri will discover the hard truths of Geralt’s past as she herself undergoes a very similar training procedure. Perhaps the most exciting witcher casting (other than Vesemir) belongs to Yasen Atour, who will play book-reader favorite Coën, a witcher who stays in Kaer Morhen and helps Geralt train Ciri.

The witchers of Kaer Morhen will appear in three or four episodes.

Politics of the Continent: Kings, Queens and Spymasters 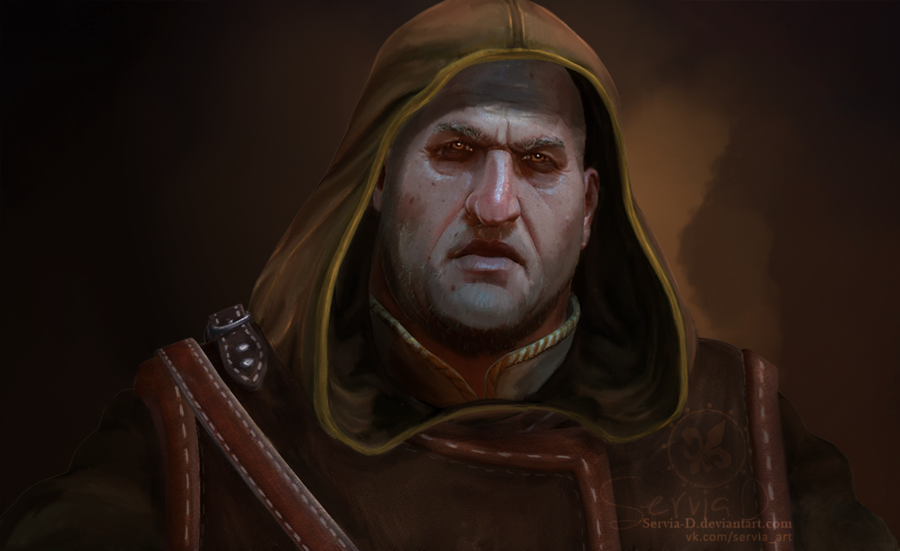 The novel Blood of Elves, which will be adapted throughout season two, deepens the political intrigue of the Northern Realms by introducing several important characters. The kings and queens of the Northern Realms are joined in an unforgettable scene where they discuss the future of the Continent and the lingering Nilfgaardian threat, as well as the fate of the Lion Cub of Cintra, princess Ciri. King Foltest of Temeria (Shaun Dooley) is expected to return, and will be joined by new kings and a queen: Queen Meve of Lyria and Rivia, who starred in the video-game tie-in Thronebreaker: The Witcher Tales. The new cast members joining the royal ranks of the Continent are yet to be revealed.

Other than kings and queens, The Witcher season two will introduce the Redanian Intelligence Service, led by the formidable spymaster Sigismund Dijkstra. Described as a very large man with an insatiable frown, Dijkstra knows everything about everyone that matters in the political game of the Northern Realms. Though the war with Nilfgaard has reached a stalemate, with both armies retreating, it is clear to Dijkstra that the threat remains. Employing spies, assassins, and messengers, Dijkstra hopes to prevent another costly war between the North and the South. The Redanian Intelligence headquarters are situated in the city of Oxenfurt, and the crew were in the process of building a massive set to stand in for the city before production was halted.

Dijkstra will appear in three episodes of season two.

The Mages of Thanedd Island Alongside the elven sorceress Francesca Findabair, season two will introduce the sorceress Lydia van Bredevoort (Aisha Fabienne Ross). Working alongside the powerful mage Vilgefortz of Roggeveen, who was briefly introduced at the end of season one, Lydia is disfigured by a horrible experiment gone wrong. Despite that, and several other red flags, Lydia is hopelessly in love with her master. In season one, Vilgefortz was a mysterious yet capable mage fighting for the Northern Realms. In season two, we’ll get to peak behind the curtain and see who he really is, and what he wants to achieve. Another new addition is the mage hunter Rience, who will be scouring the Continent for Ciri at the behest of one of the series’ primary villains.

Other than Vilgefortz, we will see the return of the despicable mage Stregobor (who hunted Renfri in her childhood), the Nilfgaardian sorceress Fringilla Vigo and her uncle Artorius, MyAnna Buring’s magnetic rectoress of Aretuza Tissaia de Vries and sorceresses Sabrina Glevissig and Triss Merigold. As in the first season, mage politics will continue to be important throughout the series. Still missing from the show’s cast is LGBT sorceress Philippa Eilhart, who plays an important role in the novels yet may have been cut from the TV adaptation.

Lydia will appear in two episodes. When it was first revealed that The Witcher season one would introduce Nilfgaardian commander Cahir and sorceress Fringilla Vigo, fans of the books were quite surprised. These characters, though present at the sack of Cintra and the Battle of Sodden Hill, would only become important later in the saga. It was clear, then, that Netflix is taking an entirely different approach with the southern empire.

Season one’s portrayal of Nilfgaard left many fans confused, and showrunner Lauren S. Hissrich insisted that this was part of the plan. Season two, according to the showrunner, will cast a different light on Nilfgaard and explain what motivates this relentless foreign army. Those who were more concerned with the Nilfgaardian armor than their semi-religious characterization will also be relieved, as Hissrich revealed that the controversial armor set will be replaced throughout season two.

Roaming Demons and Other Monsters The Witcher season one challenged Henry Cavill’s Geralt of Rivia with a variety of monsters to fight, and it appears season two will be no different. Other than the aforementioned vampire, Redanian Intelligence revealed that season two will feature one of the video game trilogy’s most terrifying monsters: the leshy. Called “leshen” in the Witcher games, this monster is described as a vengeful spirit of the woods. In the games, the leshens are tall, wooden beings with bone skulls for heads and deer antlers. However, it’s likely that the show will take a different direction with the leshy, as it did with many other elements of the show.

Besides the leshy, one other monster has been revealed via a casting breakdown. Called “Vanessa-Marie”, the character is described as a recurring role in the second season. Vanessa-Marie is “a very old, white-haired woman. A demon, who roams the land bargaining and preying on people’s deepest and darkest desires.” This description is also similar to a character featured in the games, the demon Gaunter O’Dimm, although that character never appeared in the books.

“Vanessa-Marie” (the demon’s code name) will appear in three to four episodes.

Season one featured the first meetings of Yennefer and Geralt and Geralt and Ciri, and laid the foundation for the “witcher family” to be. That being said, the series’ two female leads are yet to meet each other. Fans are excited to see Yennefer, who’s eager to have her own child, and Ciri, who was deprived of her own family, finally cross paths in season two.

In the books, the two meet in the Temple of Melitele (briefly mentioned in season one). Led by fan favorite priestess Mother Nenneke, the Temple hosts a school of young apprentice priestesses with whom Ciri is kept in hiding. It is there that Yennefer and Ciri first meet in the books, in a series of heartfelt chapters. Besides Nenneke, another key character introduced in the temple is Jarre, a young apprentice who falls in love with Ciri and participates in an important sequence at the end of the saga. There’s no official confirmation yet on whether the Temple of Melitele will appear in The Witcher season two, though it’s arguably just as important to Ciri’s childhood as Kaer Morhen itself.

Young actress Carmel Laniado of Dolittle fame was recently cast in the role of Violet, described as “a young girl whose playful and whimsical demeanor is a front for a smarter and more sadistic character”. Some fans believe that Violet is one of the students at Melitele’s temple, though no such character was featured in the books.

Violet will appear in two to three episodes.

The Witcher’s second season will feature eight dense episodes with a lot of ground to cover. Stay tuned with What’s on Netflix and Redanian Intelligence for all the updates on The Witcher season two and the upcoming animated film, The Witcher: Nightmare of the Wolf.