What's on Netflix > Netflix News > When will ‘The Flash’ Season 7 be on Netflix?

When will ‘The Flash’ Season 7 be on Netflix? 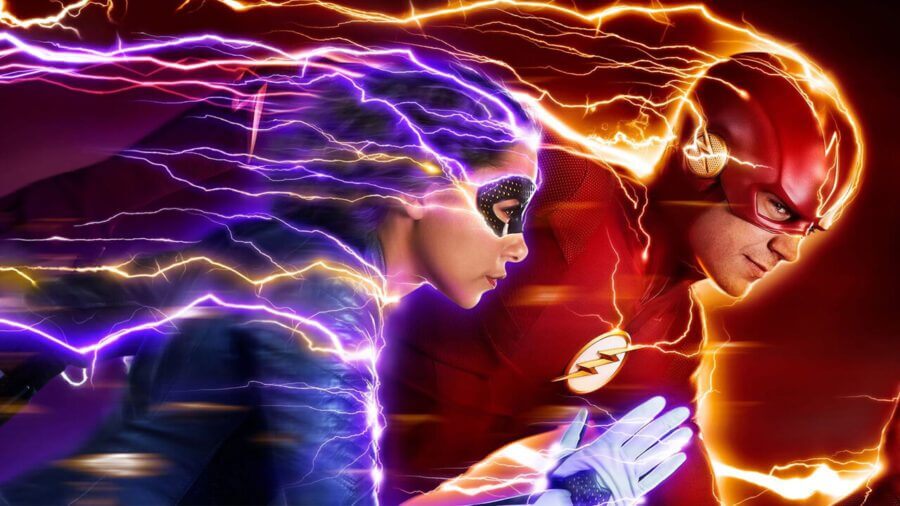 As with many shows from The CW, The Flash season 7 was delayed for the first time from its regular October slot since the show’s inception. Now season 7 is coming to an end, we now know the full release schedule as to when the latest season of The Flash will be on Netflix.

After surviving the Crisis on Infinite Earths, Barry Allen (AKA The Flash) must contend with the villainous Mirror Master, and the speedster Godspeed.

When is The Flash season 7 coming to Netflix?

Thanks to the impact the COVID-19 Pandemic has had on the industry, a dizzying number of productions were shut down in 2020 and that includes The Flash.

As a result, the majority of The CW’s 2020/21 slate was delayed and The Flash eventually began airing new episodes from March 2nd, 2021.

This means that Netflix, which has gotten the latest seasons added each May, would now be much later than normal.

It was confirmed that Netflix in the United States will get The Flash season 7 on July 28th, 2021.

Other regions will receive The Flash season 7 throughout the course of 2021.

What to expect from The Flash season 7?

The Flash will be facing off against a major comic-book supervillain and fellow speedster, Godspeed.

The press release for The Flash season 7 gave us insight on what to expect from the upcoming season.

“After a thrilling cliffhanger which saw the new Mirror Master victorious and still-at-large in Central City, The Flash must regroup in order to stop her and find a way to make contact with his missing wife, Iris.

But in doing so, he’ll also unleash an even more powerful and devastating threat on Central City: one that threatens to tear his team, and his marriage, apart.”

The Flash will encounter the real Godspeed in season 7 – Copyright. Berlanti Productions and Warner Bros. Television

Barry Allen has fought against multiple speedsters as The Flash, but Godspeed may be his most dangerous enemy yet.

Will The Flash leave Netflix in 2021?

Thanks to Netflix’s legacy contract with The CW, The Flash isn’t going anywhere anytime soon. Netflix will receive every season of The Flash, and once it’s over the series will remain on Netflix for a further five years.

So even if season 7 was to be the final season of The Flash, Netflix would still be streaming the series until the end of 2026.

Which regions will be streaming The Flash season 7?

If you’re in the United Kingdom, you won’t have access to The Flash on Netflix. The series has always only been available on Sky TV. To stream The Flash in the UK you will need a Now TV subscription or be a customer of Sky TV.

Further regions stream seasons of The Flash but are typically a season behind:

Are you excited to watch The Flash on Netflix? Let us know in the comments below!